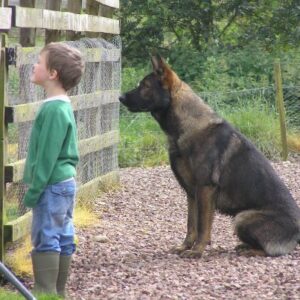 These dogs are good all rounders, strong nerved and balanced in nature so make excellent family dogs. Their distinctive appearance, with a strong head, rich colouring, strong bones, sturdy build and normal backline, is most people’s idea of the German Shepherd as it used to be, with none of the extremes of backline and rear angulation found the dog show world.

A show GSD was a luxury most people could not afford in Eastern Germany or Czech and the dogs had to be versatile, mentally and physically healthy and temperamentally suited to live with the family as well as serve a purpose and thus there was no compromise. Only the best were used for breeding and the ones that showed any weaknesses were ruthlessly culled with the result that these dogs come from a genetically strong foundation for health, soundness, intelligence, temperament and longevity, all the traits of the GSD we hold most dear. 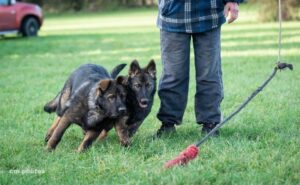 They were developed in the Deutshe Demokratishe Republik, informally called East Germany, from those dogs that remained in the East after World War II. The DDR no longer exists today, but the DDR German Shepherd Dog bloodlines still do. Before the fall of the Berlin Wall, East German dogs were kept isolated from West German dogs and because of that, they retained their own distinct characteristics. Although they came from the same original stock before the war, the division prevented the mixing of bloodlines and they developed fairly differently, notably stricter hip screening resulting in a 90% level of perfect hips, uniform breed assessments with no scope for personal preferences/exaggerations and rigorous temperament testing..

True DDR bloodlines are limited to four decades of breeding in former East Germany, but their bloodlines may be found in the pedigrees of German Shepherds here in Nyrvana today.

DDR dogs have a strong, solid, muscular body, straight backline, heavy bone structure and a large massive head. They have dark pigmentation and are not as angulated as West German show dogs. These dogs have a strong temperament, great working ability and are well suited for loyal family companions, police work, search and rescue and many other tasks.

Since Ulf is a trainer from the former DDR, he has an insight and knowledge of these dogs unmatched by most and invaluable influence to obtain the best from breeders who are famous names to most, but personal friends to Ulf.

In 2006 we imported two daughters of Tino vom Felsenschloß and Hanniball von den drei Kronen to keep this type and temperament, without the ruination brought about by the dog show world. 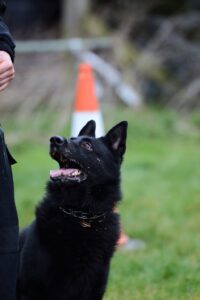 They were bred in communist Czechoslovakia as state working dogs. These dogs were mostly developed from DDR lines and are essentially the same.

Before the revolution in Czechoslovakia and the fall of their communist government in 1989, German Shepherds bred in Czechoslovakia were primarily working dogs used for the protection of their borders. What is exceptional is that their breeding was done in just one kennel founded in 1955, which was owned by the Czechoslovakian Army’s Border Patrol. The dogs used for breeding were acquired mostly from the East Germany (DDR) and the breeding program focused on solid nerves, working ability, strong bones and dark pigmentation. They are also the straight backed, sturdy type untouched by the exaggerations of the Western Show world.

In 2003, we imported daughters of Galant z Pohranicni Straze – View on Pedigree Database

and in 2006 we imported Atom Banasi – View on Pedigree Database

These lines are available here in Nyrvana with the addition of working bloodlines from Germany and Belgium to keep the pedigrees open without losing the essence of the complete and balanced German Shepherd the way it has been since the beginning of the breed, deep vibrant 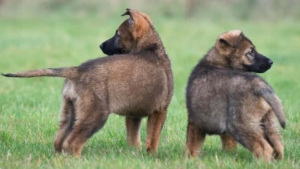 Frequent updates can be found on our Facebook Page but we will try to add updates here as time permits. 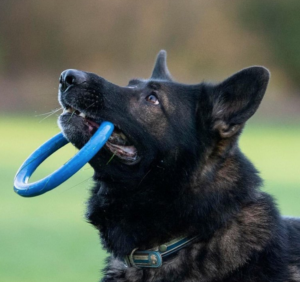 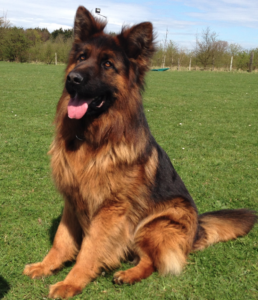 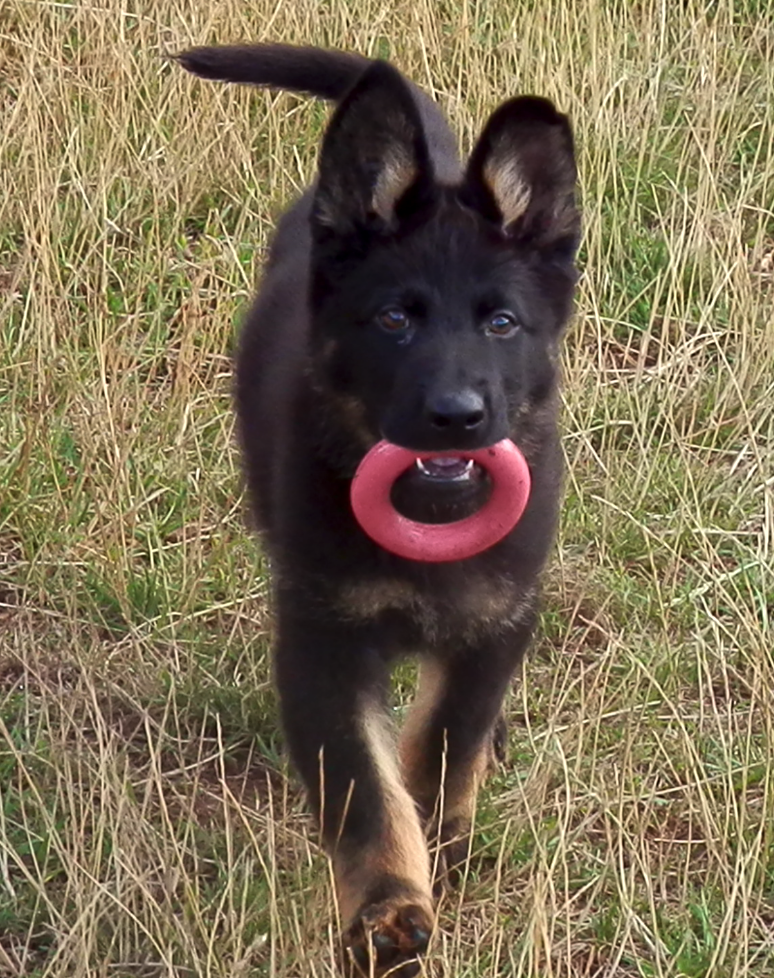 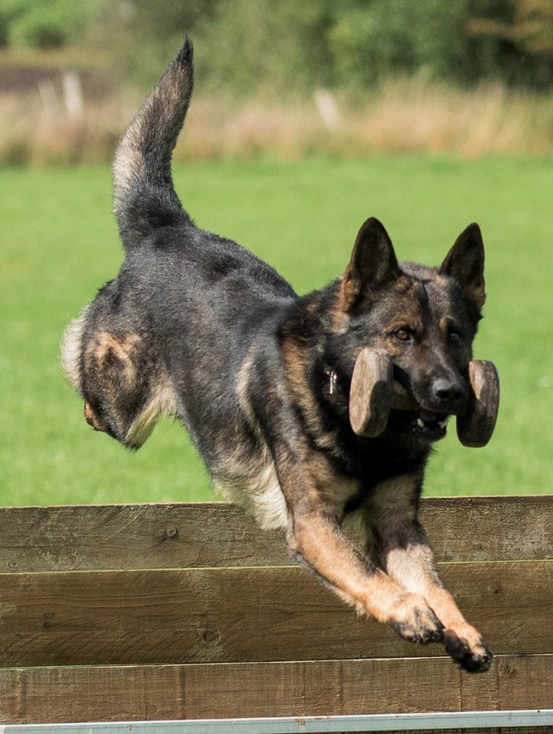 ↑
We use cookies on our website to give you the most relevant experience by remembering your preferences and repeat visits. By clicking “Accept”, you consent to the use of ALL the cookies.
Cookie settingsACCEPT
Manage consent

This website uses cookies to improve your experience while you navigate through the website. Out of these, the cookies that are categorized as necessary are stored on your browser as they are essential for the working of basic functionalities of the website. We also use third-party cookies that help us analyze and understand how you use this website. These cookies will be stored in your browser only with your consent. You also have the option to opt-out of these cookies. But opting out of some of these cookies may affect your browsing experience.
Necessary Always Enabled
Necessary cookies are absolutely essential for the website to function properly. These cookies ensure basic functionalities and security features of the website, anonymously.
Functional
Functional cookies help to perform certain functionalities like sharing the content of the website on social media platforms, collect feedbacks, and other third-party features.
Performance
Performance cookies are used to understand and analyze the key performance indexes of the website which helps in delivering a better user experience for the visitors.
Analytics
Analytical cookies are used to understand how visitors interact with the website. These cookies help provide information on metrics the number of visitors, bounce rate, traffic source, etc.
Advertisement
Advertisement cookies are used to provide visitors with relevant ads and marketing campaigns. These cookies track visitors across websites and collect information to provide customized ads.
Others
Other uncategorized cookies are those that are being analyzed and have not been classified into a category as yet.
SAVE & ACCEPT